June 06, 2019
Applied papers that rely on instrumental variables are often focused solely on a single parameter of interest. This parameter is the coefficient on an endogenous variable. Using an IV for this variable, one obtains the IV estimate of this coefficient. But what about all those other "exogenous" vars in the model?

Usually the coefficient estimates are ignored because they are not "of interest." What if one of those exogenous control variable is really endogenous as well? The typical response: "I don't care about that coefficient, so it doesn't matter." But does it matter? Um, perhaps yes! Let's say the true model is

If your IV is correlated with an endogenous regressor incorrectly treated as exogenous, then your IV estimate of b1 will likely be inconsistent (remember, IV is always biased). So, if z and x2 are correlated, IV is unlikely to work!

Consider the following simulations. The DGP has 2 controls, both "equally" endogenous and uncorrelated with each other. Z is correlated with x1 and not with e. Everything is standard normal and the true value of b1=1. Now, let's have z be correlated with x2 as well (albeit less strongly than z is with x1). IV is inconsistent (although less so than OLS in this particular DGP). If you omit x2 from the model and it belongs, then the error term becomes e'=(e+b2*x2). Since x2 is part of the error term, z is no longer a valid instrument since it is likely correlated with e' through x2. And, once again, that's why should not ask how the sausage is made. 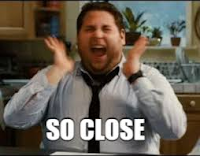